Horde is a fun card game where you amass an army, creature by creature, while simultaneously creating the battles your army will fight. Your goal is to win the most valuable battles - those worth the most points - by having the most creatures to fight. The trick is, most of the monsters you choose will count in two different battles, so they have double effects. There are five types of monsters belonging to six different factions, so there are eleven chances to score. Add to that special monsters with special powers, and you've got a mad race to the finish.

Horde is simple to learn, but complex to play. All of the play is open - revealed to all players - so you'll be able to know what's going on. You implement your strategy in three ways - by choosing the value of a particular monster type or faction on each of your turns, by choosing monsters carefully to create majorities, and by affecting (through your choices) how many monsters your opponents can draw. The game is family friendly. It takes about 20-60 minutes depending on how quickly you play, how many players are playing, and which of the three complexity levels you choose.

Horde is under continuing development and isn't yet available for sale. 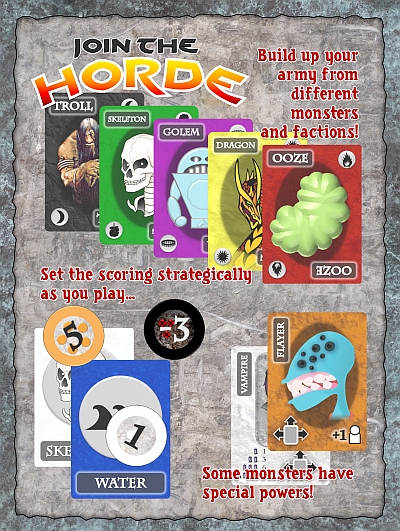 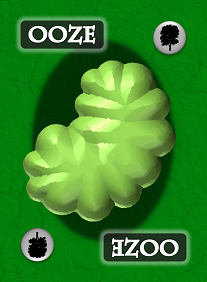